The other weekend I couldn’t resist the urge to get more gravel under the tires. So I headed for Tynset. 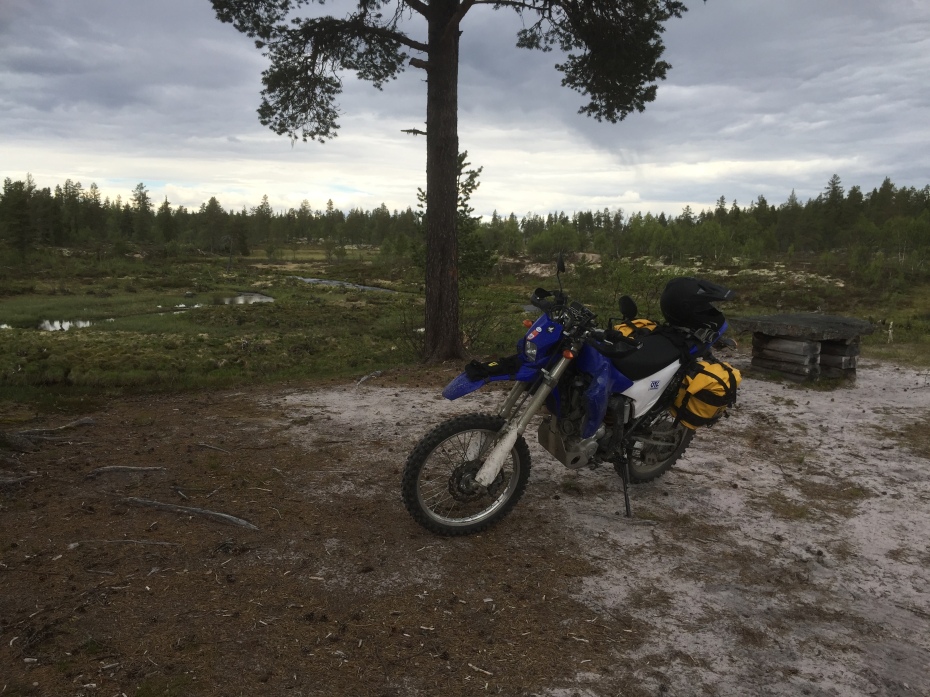 The Osendalen area is really, really a pearl for gravel riding!

There was a hotel based rally going on at the Savalen Spa this particular weekend. Not my usual cup of tea, but it proved ideal to bring my wife, daughter and dog along, as neither of them are particularly fond of staying the nights in a tent. But to here they could drive in my wife’s convertible, bring along the dog, stay in a comfortable hotel room and even have a spa treatment. In return, I could ride my Yamaha WR250R on as much gravel as I could find to the same place. Not a bad deal, after all, as I was looking at some 10 hrs ride each way. 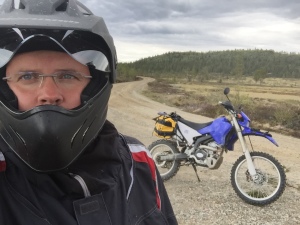 I was glad I chose the Yammie as it was light enough for me to manhandle around a few obstacles – not on this road, though.

I did some route planning on my Garmin Basecamp software, and decided on a route that was some 70-75% gravel, which is not half bad. It’d take me through some magnificent areas in the midst of Southern Norway, and even across the Birkebeiner road. Yep, I was looking forward to this one! I opted for the Yamaha as it is quite a bit lighter than my KTM, and also had Garmin Zumo 660 already in place. I thought that as I was riding alone, I wanted as light a bike as possible, just in case of spills or other incidents where I’d have to manhandle the bike.

I was glad I chose the Yammie, as I encountered a couple of areas where I’d need to get around a few obstacles in the roads by going along the ditches. Some of them were quite stoney, and having meager enduro skills I was not able to ride through it: I had to walk along the bike to get it through. It was an ordeal – I’m glad I’m in good shape (well, round is a shape, right?)

Apart from these couple of less dignified moments, the ride up through the route was quite nice with even a few high speed gravel roads to choose from. As I came to the Birkebeiner road, I encountered a sign saying it was closed – which was strange at this time of year. I asked the couple who are running a small cafe and collects road toll in the middle of the forest why the 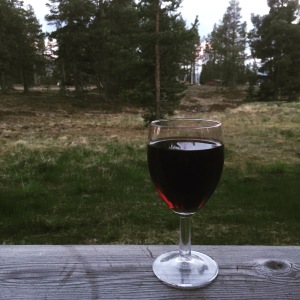 Sometimes, when I go motorcycle riding, I opt to stay in a hotent…

road was closed. “Because there is still some 2 meters of snow on the top, and they haven’t cleared it yet. Maybe next weekend”, was the reply. I was a bit astonished, but then again not really: It has been the coldest, wettest and snowiest spring in Norway since 1946, and there is still a lot – A LOT – of snow in the mountains. I had no option but to find an alternative route. As I was running a bit behind schedule and I needed to get to the hotel in reasonable time, I called it the day and went “high speed” along the tarred roads. It was only the last 150-160 kms of a total of 555 kms anyway, so it was fine. 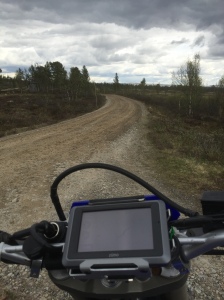 Very sweet gravel roads on the route I found.

I arrived at Savalen some 10 hours after my departure, and I suddenly felt that I had been riding all day: All stiff and a wee bit sore here and there. A nice dinner and a glass of wine later I was sound asleep, even with my dog yapping all around the place.

The rally in itself was ok, I guess. Not too many attendees, but nice folks and good music on Saturday evening. I opted for a ride-free day to recuperate and get ready for the return ride on Sunday, so we had ourselves another great dinner, some wine, music, a few laughs and hit the hay in due time for an early-ish departure. 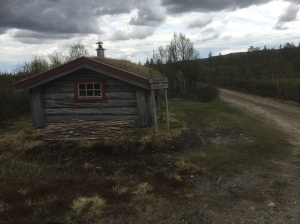 The return was not so gravelly as the trip to Savalen, but some 200 kms in total wasn’t half bad. I know several of the guys in the Offroad Touring Club (OTC), which I am a member of, know these neck of the woods pretty good and know the good routes. But I hadn’t had the time to consult The Elders, so given that I think I fared pretty well. Besides, I heading back to the area in August, when OTC has its annual “Bukkerittet” – a four day gravel bonanza with plenty of roads to enjoy.

I’ll save the best for when I go back 🙂 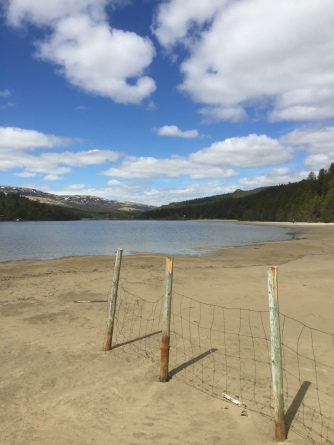 Nice scenery by the lake at Savalen. 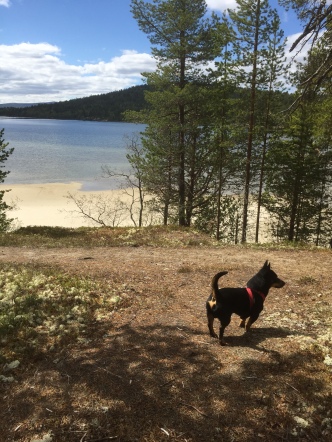 My dog Diesel enjoyed the stay at Savalen.